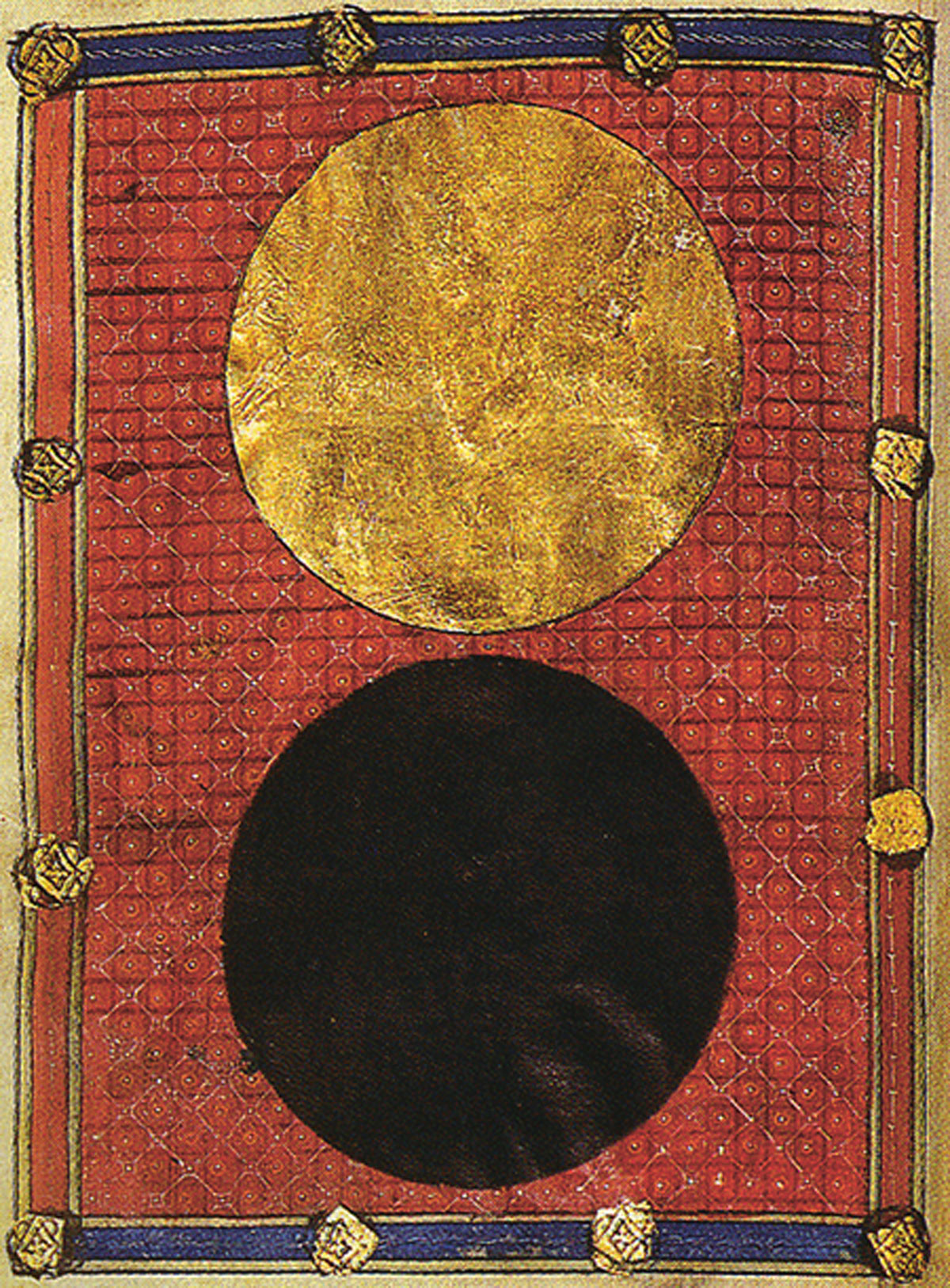 Day and Night found in the catalogue "utopia: The Search for the Ideal Society in the Western World", Oxford University Press and New York Public Library, 2000 © Danielle Lecoq and Roland Schaer

The Greek word peirar means “end, limit” and peras means “end, limit, boundary”. The word a-peiron is the negation of these meanings. In Hesiod and other classical Greek texts peras mainly describes the end of the known world.Anaximander (c. 610 - c. 546 BC) introduced “the abstract apeiron (indefinite, infinite, boundless, unlimited) as an origin of the universe, a concept that is probably influenced by the original chaos (gaping void, abyss [having no bottom], formless state) of the mythical Greek cosmogony from which everything else appeared.” (http://en.wikipedia.org)

Karl Popper quotes a fragment from Xenophanes’ (6th century BC) that shows the transition from chaos to apeiron: “The upper limit of earth borders on air. The lower limit reaches down to the unlimited (i.e. the Apeiron).” (Karl. R. Popper, The world of Parmenides. New York: Routledge, 1998; p. 39)

Why do we fall sir? So that we can learn to pick ourselves up. 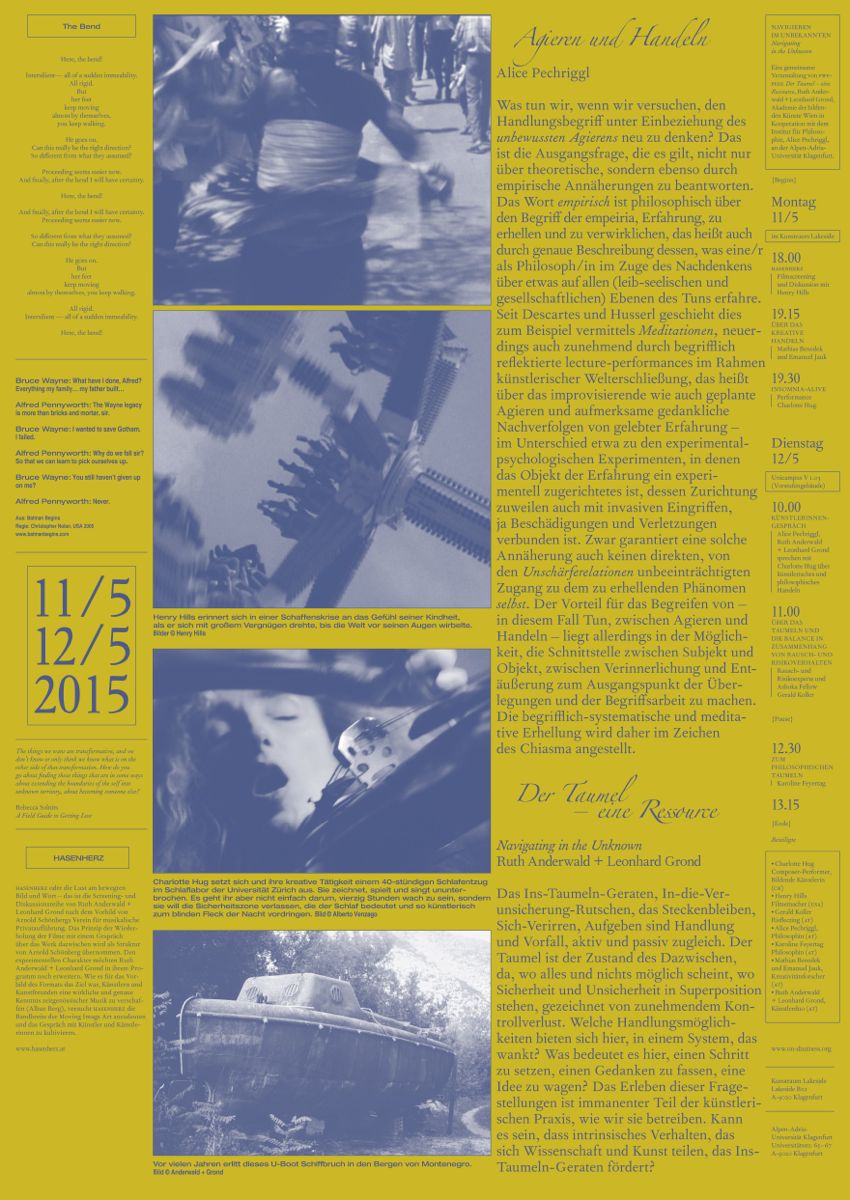 The German expression Taumel derives from the Low German word düsig, dusel (to be dizzy) and is related to the German term Tor (fool), and the Indo-European dhwes (to breathe smoke). 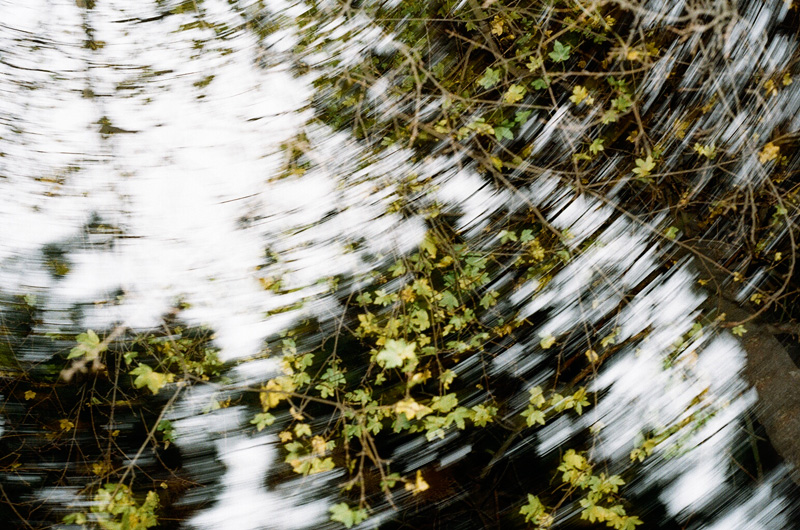 The Promise Of Pragmatist Aesthetics

Over the last years both the writing and work Moshe Feldenkrais and Richard Shusterman's notion of somaesthetics have come into focus, and we are looking forward to present our artistic research on dizziness, and exchange with experts in the field at the conference "The Promise of Pragmatist Aesthetics" in Budapest. 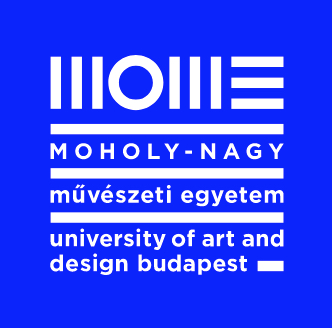 Taumel – The Pleasures and the Fears of Being Dizzy

The workshop will shed new light on disorientation and on how film artists throughout history use (optical) disorientation and confusion as a paradigm in their work. What can be gained by losing one’s grip, by simply letting go? What pictures arise with dizziness? 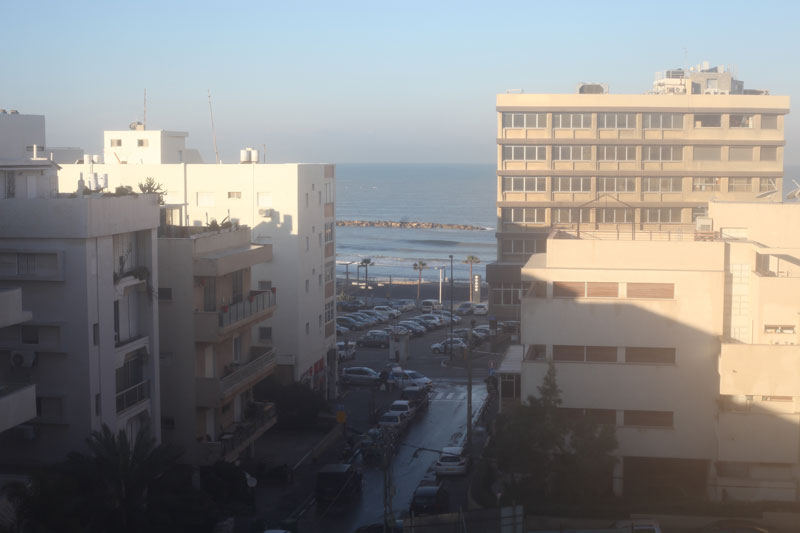